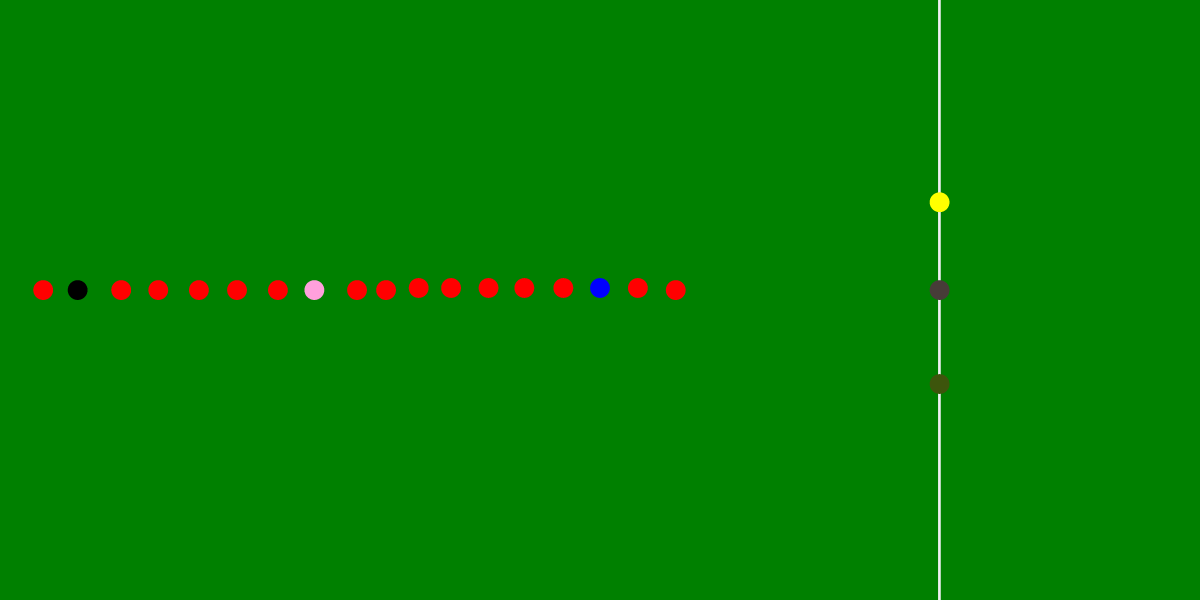 For most club players, getting even halfway through the reds would be a decent effort.

That would be a 14 to 16-ball break, so somewhere in the region of seven or eight reds and seven or eight colours: plenty big enough to do damage to most club-standard opponents.

But whatever standard you play to, practising the line-up is a worthwhile exercise. As well as concentration, it will improve your potting, touch, positional play and understanding of angles.

But what do you do if the traditional snooker line-up is starting to get a bit boring? Here are three ways to mix things up and keep your practice fresh.

1. The traditional snooker line-up – with no cushions!

If the old-fashioned line-up is getting a bit too repetitive, impose some restrictions. Try to complete it without your cue ball hitting a single cushion.

If that’s too difficult, limit yourself to only being able to use the black cushion. You’ll still be able to stun off reds and blacks to get into position. But if you finish too thin on a red, you’re in trouble: no side cushions allowed!

This drill gives you a bit more to think about. Start with a red near the blue and work from there.

Will you choose to clear the reds near the blue first, working with short, accurate stuns, screws and run-throughs?

Or will you try to drop down for a red off the blue and start clearing a path for the pink?

Once you’re in the reds between the pink and black, control becomes even more critical. You’ll also need to think about your angles, because the aim is not to disturb any of the reds before you pot them. So if you’re potting a black, stunning off the black cushion and coming through a gap between the reds, you’ll have to be super accurate!

This is undoubtedly the hardest of these three snooker line-up alternatives.

With the pink tied up (at least to begin with), you’ll have to plan your route to success.

There are no restrictions on which red you want to take first.

But after that it soon starts to get tricky.

Need a decent cue to help you along the way? Read our guide to 5 cues under £100.