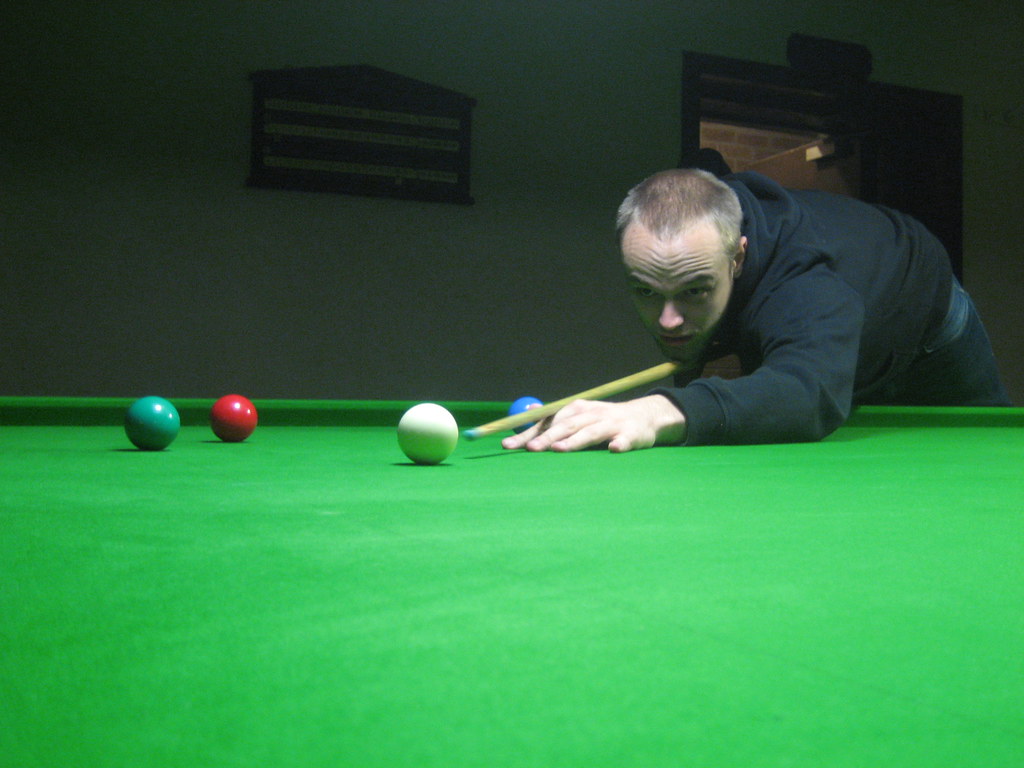 Like anything, the key to success – or at least maximizing your own ability, however grand (or limited) it may be – is snooker consistency.

The aim for most players is to try to remove every possible variable on each shot.

Because if you know that every shot happens in the same way, you can start to identify the problems specific to your game and address them with precision.

Here are nine parts of each shot that you should try to ensure are as consistent as possible.

Are you stepping behind the object ball to see its direct line of travel into the pocket? Many amateurs find this a useful practice, especially when it comes to potting into blind pockets. If you are, remember not to take your eye off the point of contact on the object ball until you are behind the cue ball and making your descent to the table.

For most people, the most comfortable and solid stance involves putting one foot ever so slightly nearer the table than the other. Place your feet slightly wider than shoulder width apart. If you are right handed, your left foot should be the closest one to the table. If you’re left handed, your right foot edges forward. Pay deliberate attention to your stance and try to replicate it in every shot where ‘normal’ cueing is available (things are different if you need to use a snooker cue rest, for example).

How many ‘ghost’ approaches to the cue ball do you make before your shot? Marco Fu, for example, famously doesn’t use any ‘waggles’ in his routine. He simply lines up his shot, stays still for a second or two, then plays the shot. But this is highly unconventional. Most players use ‘waggles’. Try to develop consistency around how many you use. And don’t forget to pause twice: once when your cue tip is closest to the white just before your final backswing, and once again when your final backswing is fully extended.

Your grip should be relatively loose. If you grip your snooker cue too tightly, you risk skewing your delivery and follow through, which can put inadvertent side on your shot. A lot of good players let the cue rest in three fingers of their cueing hand and only actually grip the cue with any note a fraction a second before the point of impact.

Calm yourself before each shot, whether you are playing a simple red to start your break or a difficult black for your first ever half-century. Try to control your breathing by keeping calm, focused. Do not get distracted by thoughts of how important your shot is. Once you’ve assessed the table and chosen your shot, commit to it 100% and trust your ability. Anything else is a recipe for twitches and deceleration galore.

Missed your last shot? You can’t do anything about it, so you have to learn how to approach each shot with a positive mindset (this is a common theme in lots of snooker autobiographies). There is nothing else to be concerned about other than the shot in front of you. Snooker is a game of angles and physics. There’s no mystery to it. Hit the cue ball in the right place at the right speed, and everything else takes care of itself. So focus only on what you need to do to the white ball on this shot alone. Nothing else matters.

When your cue strikes the cue ball, it should always be accelerating – even if you are playing a slow shot. If your delivery starts fast and then slows up before you’ve made contact with the cue ball, that is known as deceleration. It is almost guaranteed to result in errors, if not downright disaster.

Keeping your head still is essential to almost every player who wants to get better and find their snooker consistency. From the moment you touch the table to two, three, maybe even four seconds after you have struck the cue ball, do everything you can to make sure your head doesn’t move a millimetre.

Whether you’re following the object ball or the cue ball, give your eyes the same post-shot routine for every shot. Most coaches recommend following the object ball. After you’ve finished watching your chosen ball, and before you’ve moved your head, it’s worth checking where the tip of your cue has finished. If, for example, you were aiming to play a screw shot but the tip of your cue is two inches from the baize, you can work out that something went wrong in your delivery.

And there we go. Give them a try at your next visit to the table and let us know if your snooker consistency improves!